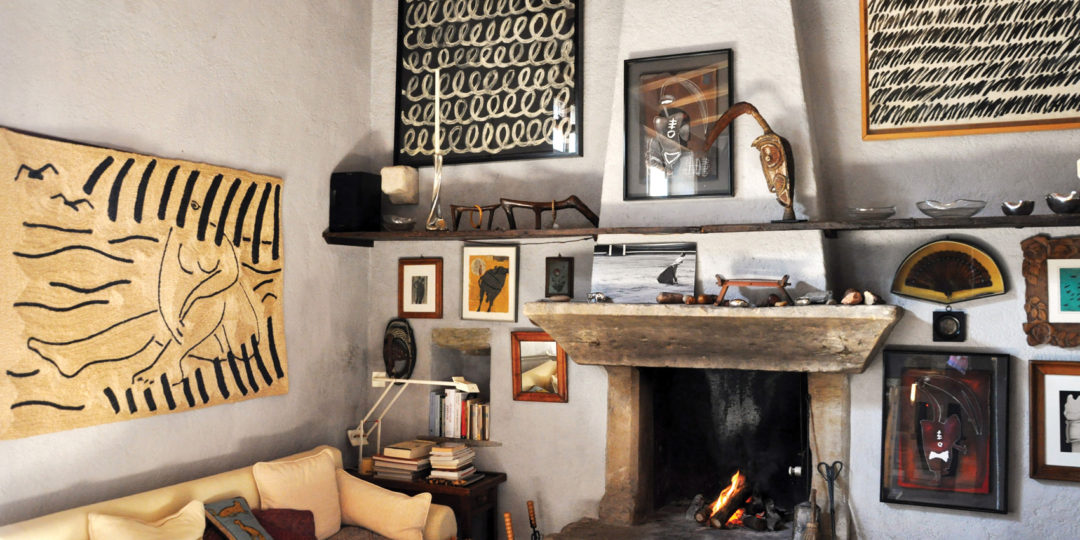 It is hard to imagine Elsa Peretti without a roof over her head. But that was once the logistical predicament the Tiffany designer endured in Sant Martí Vell, a small village in Catalonia, Spain. Peretti initially inhabited her mustard-yellow house there while the roof was still under construction. “It was so cold, and I could distinctly hear the birds promenading above,” she remembers.

When she acquired her first home in Sant Martí Vell in 1968, the village was in disarray—nothing more than a cluster of ruins. “Since then I have tried to restore it to its original splendor, sustained by my Taurus fervor,” she says. “The architect Gianfranco Bombelli built the water tower for me so I wouldn’t have to retrieve water from the well. And my friends helped me find local artifacts for a few pesetas at Els Encants, Barcelona’s flea market.” She has filled her home with an amalgam of treasured personal mementos. “Like the tiny pillow with two cheetahs created by my friend Ricky Quesada, the 1957 bullfighter photo by Leopoldo Tomez and the pink shell I bought in Bali,” she says. “Or the drawing that Halston’s assistant Bill Dugan did of me, and the fan that belonged to my Nonna Margherita.” Beyond the home, she credits friends for the stunning transformation of Sant Martí Vell into the fully functioning village it is today. “My vital albaliñes [craftsmen] are the faithful bricklayers who have been the literal foundation of my mission.”