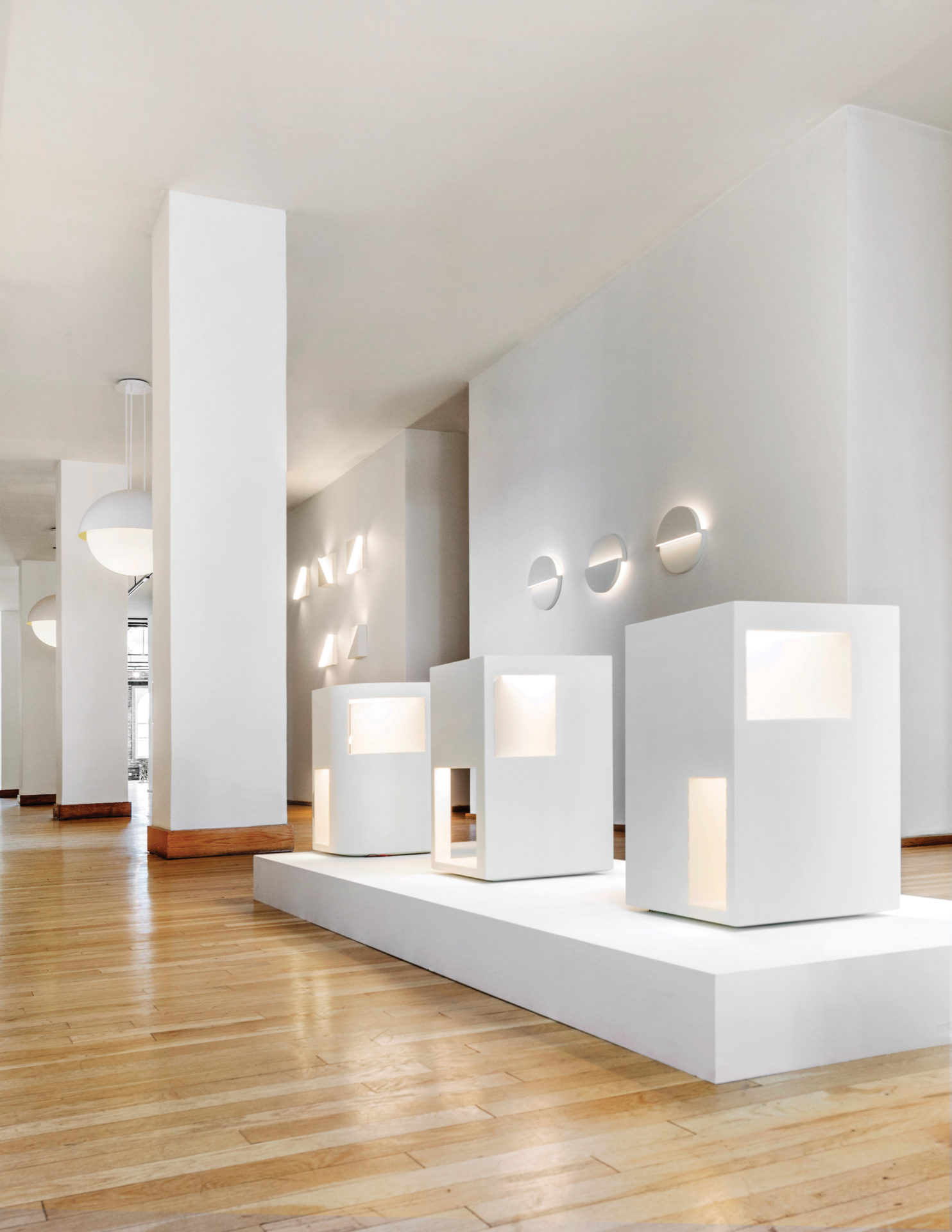 ”  Well,” Richard Meier says as he sinks into the cushions of a sofa in the middle of Ralph Pucci’s New York showroom one stormy Monday in March, “If you look around [the market], you don’t see very many really clean, geometric, well-made, quality light fixtures.” This from an architect well versed in crisp design—yet he has never put his name on a line of lighting. So it made sense that when his daughter, designer Ana Meier, partnered with Hervé Descottes of L’Observatoire International to create a lighting line of her own, she inevitably looked to the work of the master of precise geometry rendered in white.

The collection, which debuted in March exclusively with Pucci under the label Richard Meier Light, reinterprets the Pritzker Prize winner’s work in a 12-piece collection that ranges from abstracted forms to direct citations of famous facades like his design for the Barcelona Museum of Contemporary Art (1987–1998). There’s also a rectangular floor lamp that echoes the carefully consider volumes of his Fire Island House (2013), which Richard imagines would—with its rectangular cutouts for light sources, each offering a glow from an invisible origin—make the perfect bedside perch for a stack of books. “Richard is one of the best living architects, and the idea was very simple: that he and his team create a minimal lighting collection inspired by his architecture to be presented in a gallery—a museum-like presentation,” says Pucci.

The pieces are slickly rendered in Corian and WonderGlass, with custom LEDs developed by Descottes offering museum-quality light emanating from unseen sources—all controllable from a smartphone app. That precision is a key element for Ana and Descottes, who started by imagining the quality of the light they were looking to create rather than the details of a specific fixture or form. “They’re not only designed to light something,” Descottes says. “They are these textures—we give materiality to light.” Indeed, when looking at an installation of geometric sconces, the glow takes on different shades depending on the orientation of each piece and the viewer. 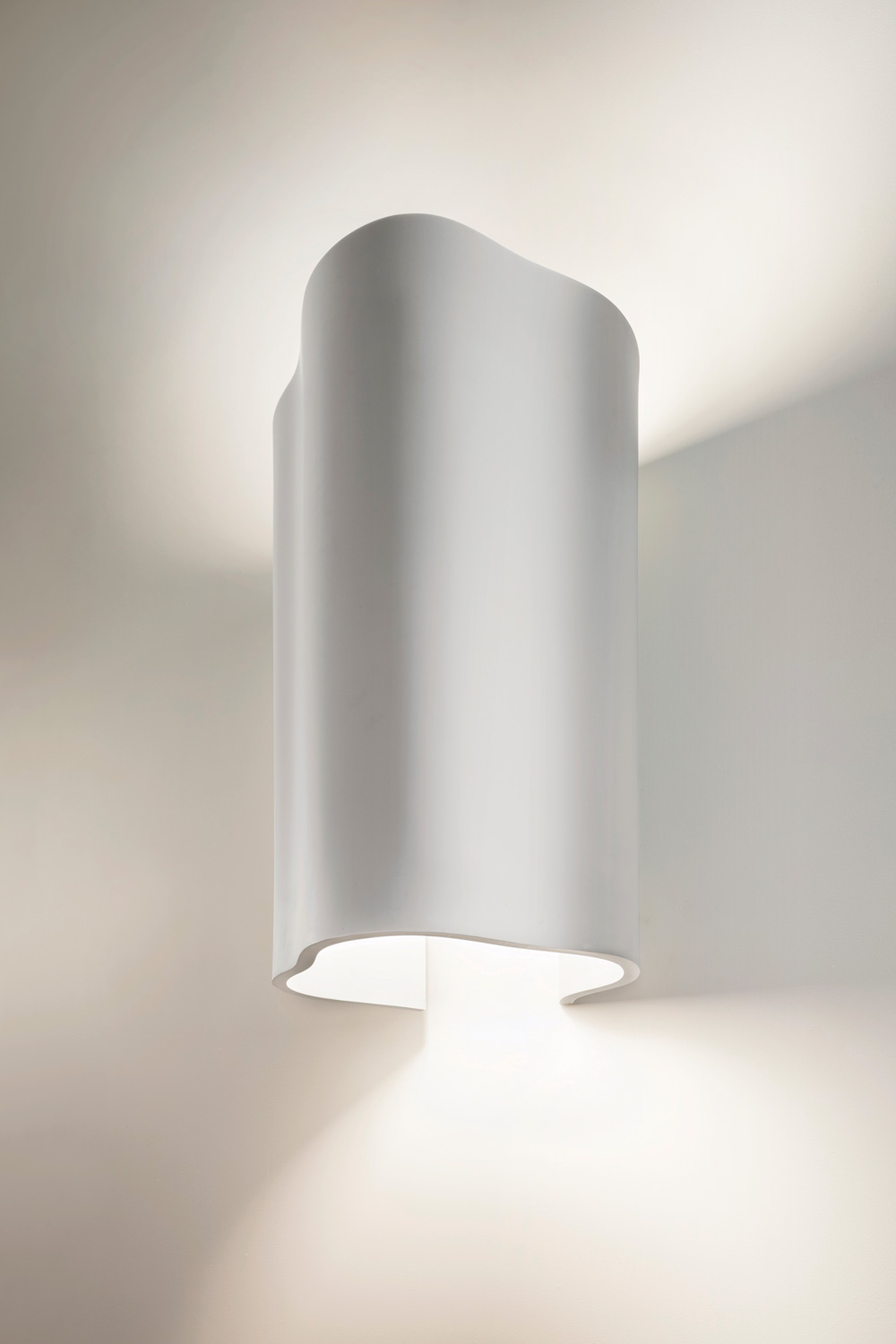 Over the course of two years, the team developed the forms, realizing along the way that the existing LED technology on the market wasn’t sufficient for their needs. So they created their own. “Keeping the shapes and the lines that we wanted, it took a lot of engineering and back and forth to get it exactly how we envisioned it,” Ana explains. It wasn’t just a matter of sketching light fixtures. “We were designing technology,” she says. As such, each of the pieces has a custom LED board, all made specifically for the line. “Some are triangular, some are square, and they all are totally customized,” Descottes adds.

This technology allows the fixture not only to appear seamless, but to create “layers of light,” Ana says, in pieces like the massive Cycladic Globe pendant—one of several fixtures in the collection with a name reminiscent of the elemental Bronze Age sculptures to which architecture critic Paul Goldberger has compared her father’s work. It’s the sole piece in the collection to utilize color, in this case, a layer of gold on the inside that adds a bit of warmth reflected in the milky glass of the globe it envelops. Both the globe and the lighted space between it and its aluminum hood can be separately controlled to achieve a variety of effects.

In the installation, wall-mounted squares and circles, each sconce bisected with light, are arranged in neat grids. With their pure geometries and impeccable finishes, it’s easy to see why even the most essential of Ana Meier’s designs call to mind her father’s fingerprint. “I think it’s because Ana’s grown up with it and is influenced by it,” the elder Meier says of his work’s shadow on his daughter’s. But he’s quick to downplay his role: “It’s really her designs…I’m just here as a figurehead. She and Hervé are the ones who did it all.”  Richard Meier Light, richardmeierlight.com; Ralph Pucci, ralphpucci.net 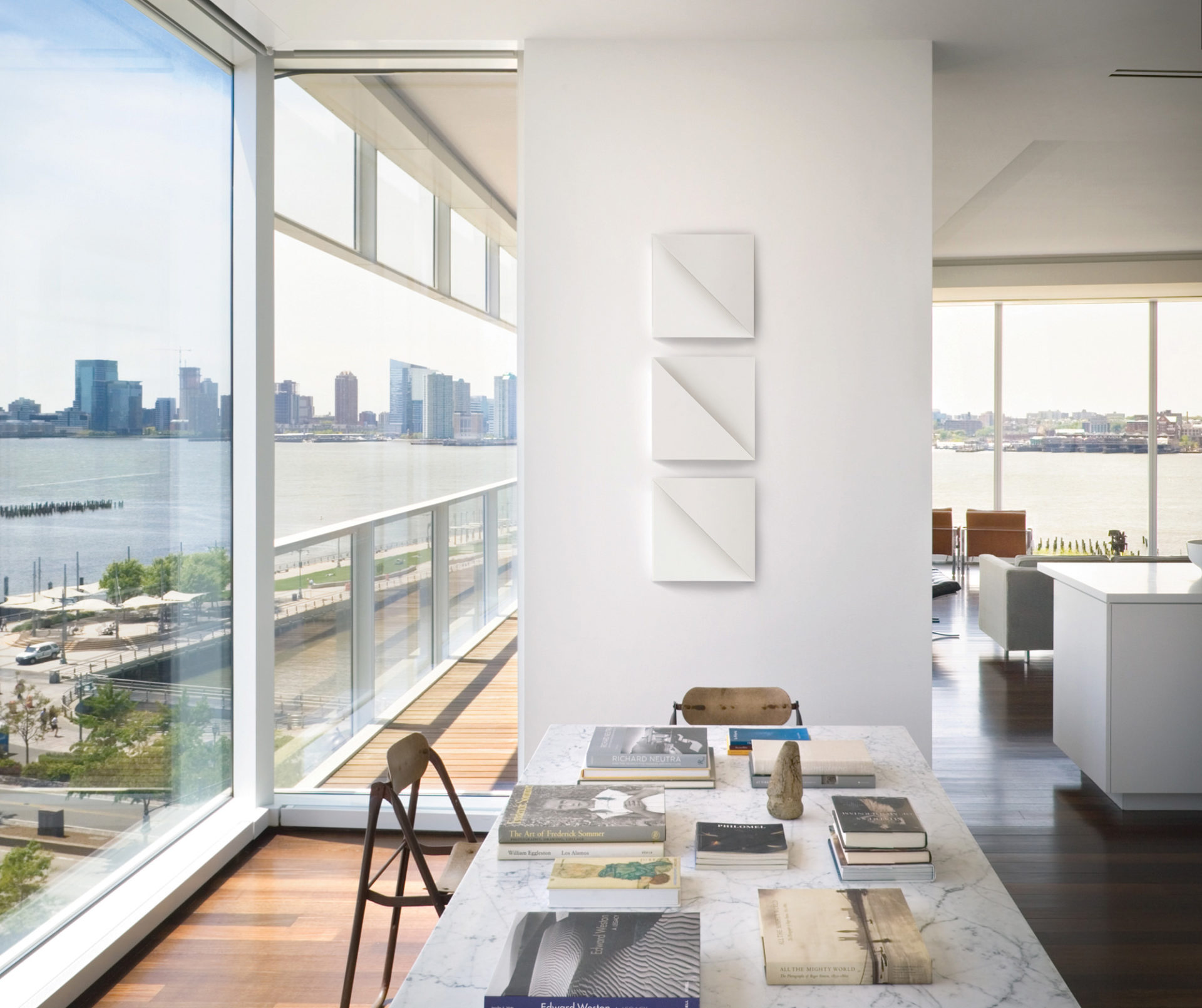