An Artful Factory Renovation in Chicago 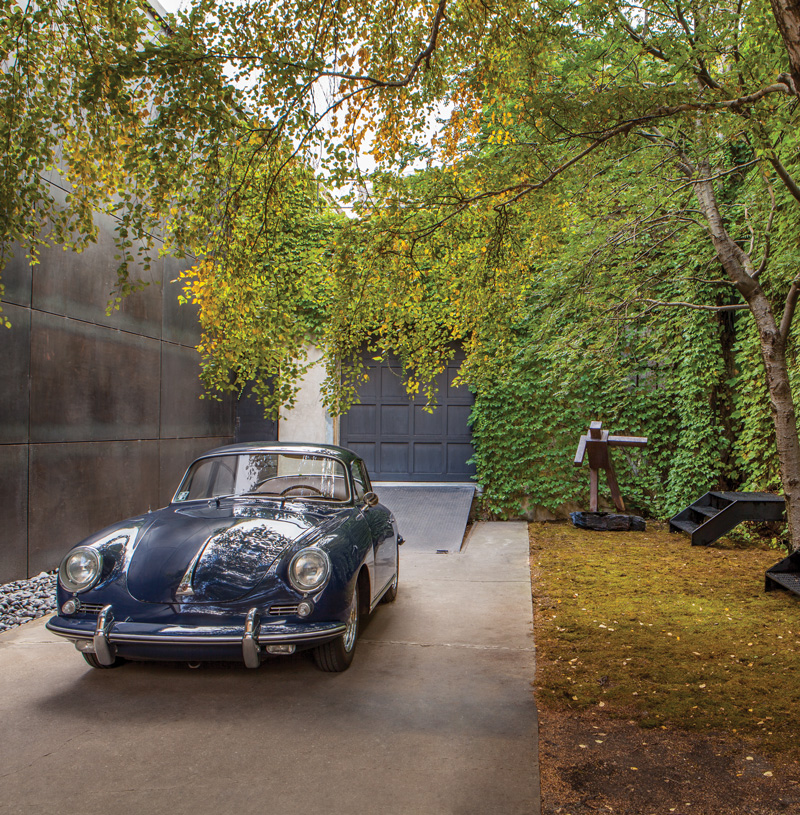 As owner of Chicago’s Architectural Artifacts, Stuart Grannen spends his days surrounded by things. Furniture, signage, stained glass. Carnival banners, fragments from Louis Sullivan buildings, Frank Lloyd Wright light fixtures. And his inventory isn’t all local. Wandering through his 80,000-square-foot emporium, you are as likely to see a wooden chief’s chair from Nagaland, India, as you are straight-out-of-Vegas bar stools, circa 1950. But at home, Grannen lives the minimalist’s life. “Art is all I need,” Grannen says. “Art and a bed.”

That’s just the half of it. Not only is Grannen’s home impressively uncluttered, it’s awesomely austere as well. Not to him, of course. He’s got his art—contemporary works by Chicago artists Joe Boudreau and Lucy Slivinski, photography by such icons as Henri Cartier-Bresson, Edward Curtis, Elliott Erwitt and Edward Steichen—and just enough furniture to be comfortable. If it weren’t for his significant other, interior designer Michael Del Piero, he’d have even less. “She made me get a couch and table,” Grannen says. “I don’t cook, but she and my architect, Trish VanderBeke, made me put in a kitchen.” That kitchen, a compact affair in stainless steel, speaks the language of this very singular home.

Grannen lives in an old charcoal factory in an industrial district that has yet to be fully discovered. His walled-off compound down an alley is the perfect home for a man who’s happy to retreat from the world when the day is done. Until a smart little bistro moved in a few years ago, the only spot nearby was The Hideout, a no-nonsense tavern that opened in 1934. “I’m the only one here, so there’s no hassle with neighbors. There’s also no joy of neighbors,” says Grannen. “It’s not for everybody, but I don’t mind it.”

Grannen owned the property for a number of years before deciding to settle in. The first step in making the building habitable began with VanderBeke, a Chicago-based architect who has executed residential projects around the country. “Stuart is not terribly domestic, and I think his first idea was to simplify things by taking out all the walls and making a big open space,” VanderBeke says. “But the building had a great industrial feel, a special atmosphere, and I thought we should really enhance that.” In addition to making the necessary mechanical upgrades, VanderBeke ripped off a bit of the second story to create a commodious deck outside the bedroom, enlarged windows to admit more natural light, added doors that communicate directly with the courtyard, and improved and enclosed an existing staircase, a step that both refined the flow of the interior space and created a separation between the multi-car garage and the living areas. “Smashing down the walls was a great joy and very liberating,” Grannen says.

“Stuart really loves architecture and he enjoyed the process of building the place out,” notes Del Piero, who maintains a separate residence in Chicago, but shares a house with Grannen on Long Island. “When it comes to furnishings and placement, he gives input, but he does not prompt those decisions. He leaves the final up to me. The only thing he feels strongly about is his photo collection. That’s where we differ. I like paintings and he likes photographs, so I had to arm wrestle a little to get some paintings in the space.”

Surprisingly, the couple didn’t source furnishings from the holdings at Architectural Artifacts, but picked things up on their travels. A pair of Italian easy chairs came from France; a set of Danish modern dining chairs were found online. Del Piero also designed several pieces, including a bureau in the bedroom, and the dining table, a coil of thick rope topped by a concrete disc. “This project was typical of a lot of my work,” says Del Piero. “I like to mix ancient with modern and rough with luxe. But I’m a minimalist. Even when I work on traditional homes, the design isn’t overly layered or stuffed with product.”

While unmistakably a former factory (an essence echoed by a new, steel-plated industrial fireplace), the building possesses a certain hominess, with its original timbered ceiling and wide plank flooring. Quirky touches abound: A little wooden monkey hangs from a crack in the original terra-cotta block wall, and a folk art figure suggests the Tin Man after a heavy rain. Pointing admiringly to a hunk of sinuous root leaning against a wall, Grannen says, “I appreciate old things—I like Frank Lloyd Wright and Louis Sullivan—but I don’t bring that home. I enjoy this more.”  Michael Del Piero Good Design, michaeldelpiero.com; Trish VanderBeke, pkvanderbeke.com 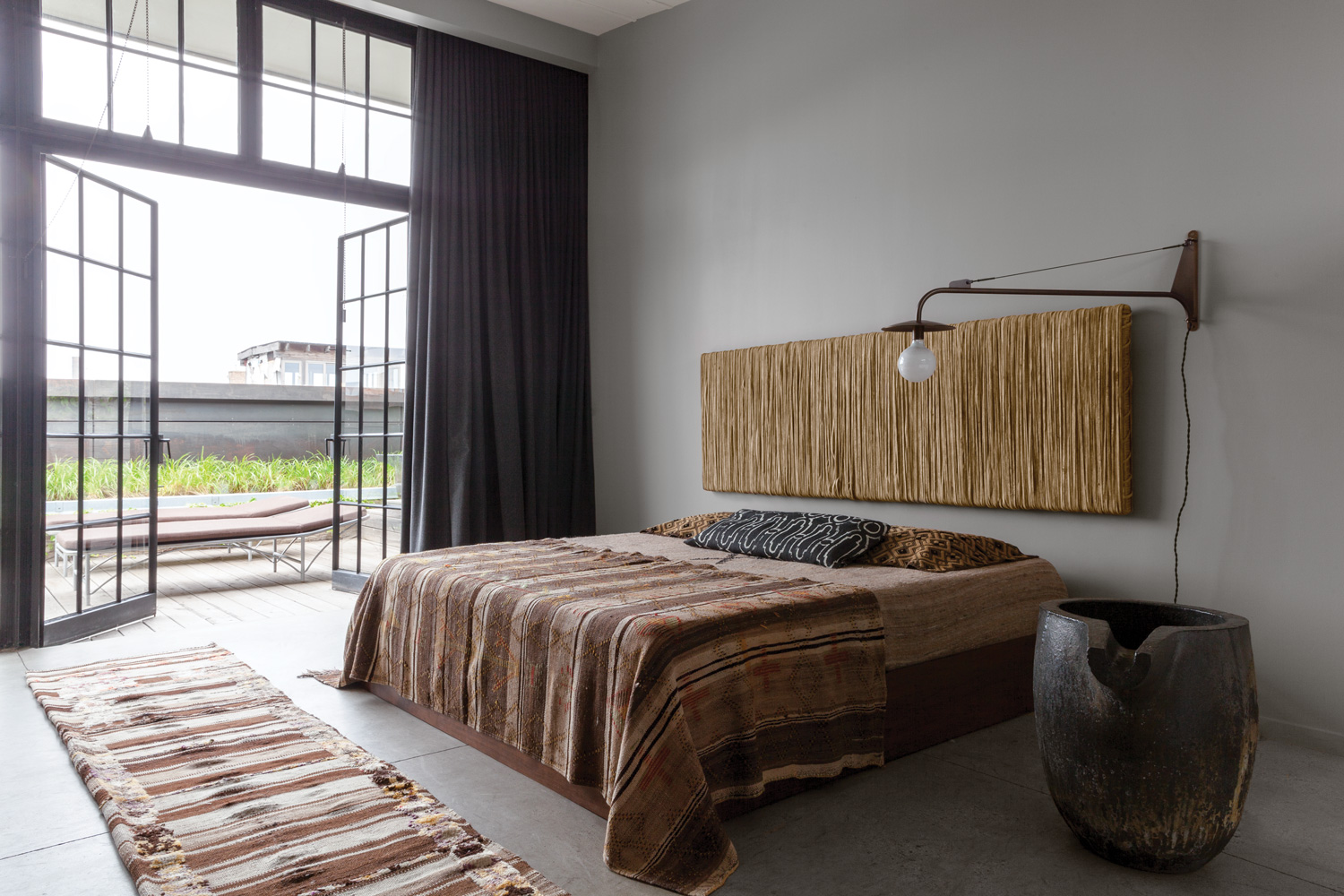