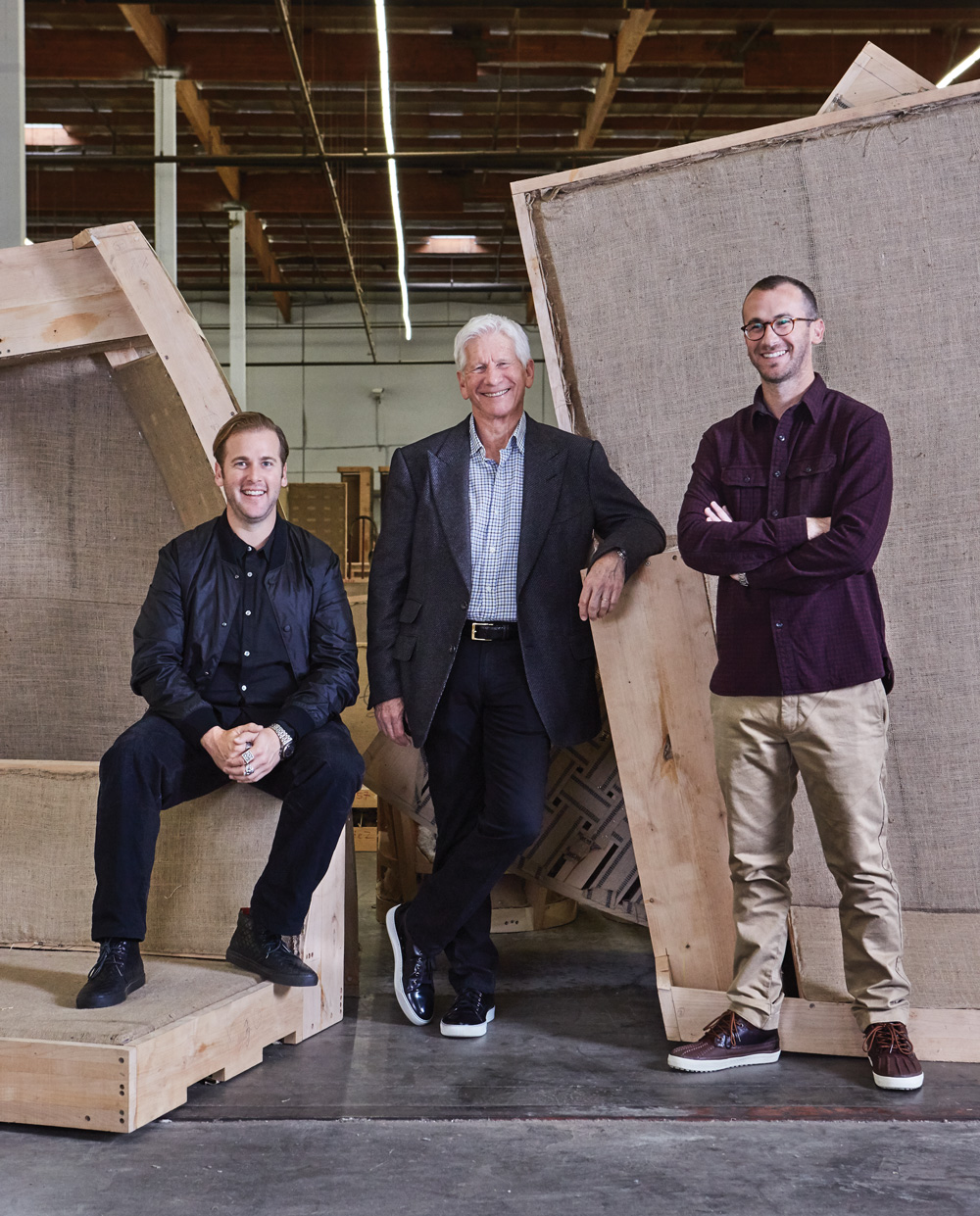 Just south of downtown Los Angeles, in the industrial enclave of Vernon, dominated by defunct train tracks and block-long warehouses, stands a pristine factory like no other in design. It is here, in this sprawling, 120,000-square-foot building, that every piece in furniture maker A. Rudin’s collection is conceptualized, sketched, measured, built and finished by hand. The atmosphere is electric: Stations throughout the building emit a purposeful cacophony from construction, tufting, hammering, sewing and upholstering. Furniture waiting for foam and fabric align like soldiers, each hand-marked with the maker’s unique signature. Finished pieces are carefully inspected before being shipped to design clients around the world, or to one of the elegant A. Rudin showrooms in Los Angeles, San Francisco, Chicago and New York.

A. Rudin is named for Arnold Rudin, the son of a Russian immigrant, Morris Rudin, who, just over 100 years ago, hopped on a motorcycle in Canada and kept going until he found himself in Los Angeles, where he worked two jobs and spent his evenings honing his craft as a furniture maker and master upholsterer. Morris set up a retail shop, which Arnold joined after returning from WWII. Arnold’s son, Ralph, eventually helped shift the focus to selling custom, handcrafted furnishings to the trade. “It was called Rudin’s Furniture,” Ralph says. “We really started with zip. My father would walk customers into the back and show them how the furniture was being made.” Spencer and Evan Rudin—Ralph’s sons with his wife, Rita—grew up in A. Rudin factories, where as kids they would delight in waging foam and staple gun wars with each other at every occasion. They absorbed the A. Rudin aesthetic via familial osmosis, and now help Ralph run the company. Upstairs at the factory, the offices hold more A. Rudin history, including Arnold’s desk, exactly as he set it up decades ago, stopped in time as if watching over the family company’s new era.

Many hands have shaped A. Rudin designs over the years, and designer collaborations are important to the brand. Pieces by Roger Thomas and Jamie Drake join collections with Jeff Andrews, Jeffrey Alan Marks (his tête-à-tête is shown at right) and Sue Firestone, the company’s first female design collaborator. Guy Dreier—whose custom oversize sofas stand on end as an artful backdrop in the family portrait on the opening pages—is a frequent client who pushes customization into new territory. Spencer is increasing his design presence with the 788 chair, and cites various inspirations for new designs, from Milo Baughman’s sleek lines to the natural grain of driftwood he found on the beach in Malibu. Ultimately, says Spencer, “We just want to see the pieces in their homes.”

If one can pinpoint a core reason for A. Rudin’s success, it is a sense of humility that infuses everything they do. “Our dad’s a really humble guy,” Evan says. “He would never push anything on anybody.” Though the A. Rudin new guard admit to a certain amount of pressure in continuing the impressive legacy of the Rudins before them, their innovation and passion for what they do seems to drive an infectious confidence. “We want to keep pushing forward and grow organically, branching out without diluting any of the wonderful history,” Spencer says. And they never forget that great design is at the core of what they do. “It’s a great playground for a designer—they hand us whatever dream they want, and we can get it done.”  A. Rudin, arudin.com 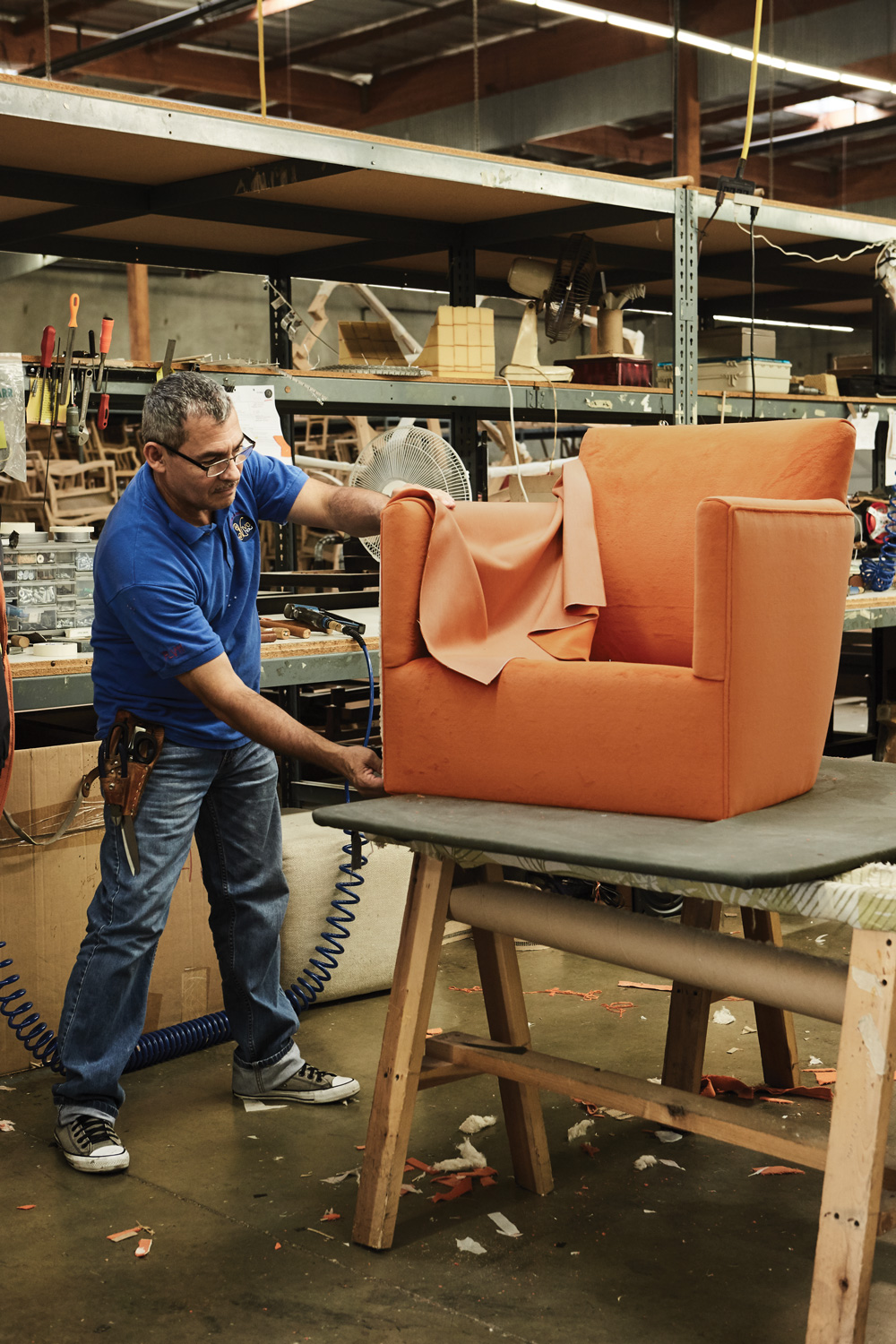