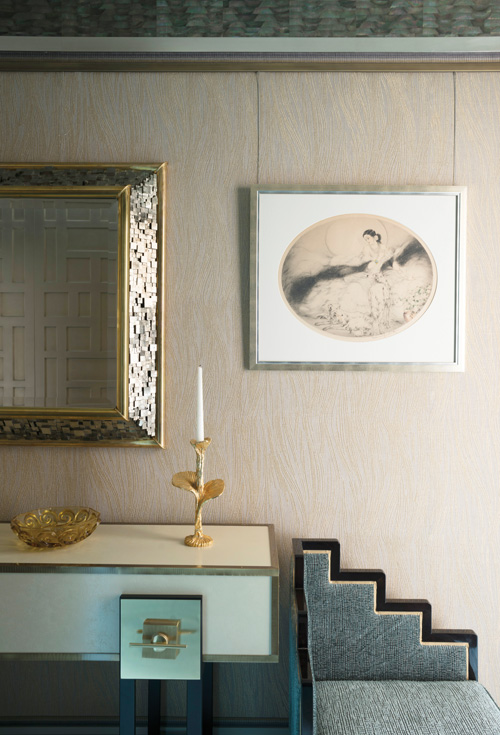 “Nowadays, a lot of people call themselves ‘interior designers,’ but I really like the old-fashioned word ‘decorator,’” says Kirill Istomin, the legendary Moscow-born and -based, well, decorator, who began his illustrious design career at the age of 18 working in New York at Parish-Hadley, the esteemed firm that devised interiors for Jacqueline Kennedy, Oscar de la Renta and the Rockefeller family. “Design is not about concept,” Istomin says. “It’s about making rooms beautiful.”

Typically, Istomin beautifies rooms with artful layers of bright color and fanciful forms. But for an apartment located in the center of Moscow, the decorator conceived beauty using a neutral palette, rich texture and graphic lines. “It’s a city apartment, so the idea was to create something very urban,” says Istomin, who previously designed a connecting unit directly below this one for the same clients. “The apartment downstairs has a lot of color and is very playful,” he says. “They wanted something more sophisticated upstairs. And I was interested in doing something different. Having the Parish-Hadley background, this design is rather modern for me.” While the more recent design is obviously informed by modernism, there are bold, geometric motifs that are distinctly Art Deco in style. And even though Istomin was not directly influenced by Moscow’s city landscape, one cannot help but note that the dynamism that fills the apartment is as wondrous as the scenery that envelops it: The Moskva River flows nearby, and not faraway is the Novodevichy Convent—a compound constructed in the 16th and 17th centuries that features stately towers punctuated by silver and gold onion domes.

For however varied Istomin’s inspiration is, the materials palette he selected for the apartment is as marvelously complex. “When you work with a modern design vocabulary, layers of different textures make it rich,” he says. “There’s a lot of wood and stone here. Some of my favorite pieces include the sconces on the staircase wall. They’re French from the 1970s and the inserts are amethyst.” For the entry at the top of the staircase, Istomin custom-designed a sculptural chandelier with dozens of white rock crystals framed by bronze rectangles. The robust fixture hangs near a wall covered with panels of Italian parquetry and a 1930s French bronze sculpture by Ferdinand Parpan, titled L’Accordéoniste. “The walls of the powder room are inlaid with wood to simulate 1940s straw marquetry in the style of Jean-Michel Frank,” notes Istomin, who wrapped the walls of the corridor that leads to the master bedroom in linen woven with metallic thread by Kelly Wearstler. “There’s a spectacular mirror that also hangs in that corridor,” Istomin adds. “It’s encrusted with pyrite and was created by Chanel artisans from Maison Goossens in the 1970s.”

Istomin expertly layered soft materials, too, for the residence. He upholstered the living room sofa with striped fabric from Manuel Canovas and covered some of the sofa pillows with silk velvet by Ralph Lauren Home. The living room also showcases Scalamandré velvet on a pair of club chairs, the rug is a 1930s silk design by Syrie Maugham from Studio Four NYC, and J. Robert Scott sheers adorn the windows. Istomin covered the walls in the master suite with silk from Larsen and upholstered the headboard and the footboard of the bed with linen from Schumacher.

The silhouettes and patterns of many of the furnishings create a linear display that keeps the eye constantly engaged. “I wanted to be respectful of 20th-century design,” Istomin says. “There are a lot of angles. But there are some organic shapes and curves to make it livable.” The hand-forged iron stair rail, like the print of the parquetry wall in the entry and the bronze rectangles of the rock crystal chandelier, presents an intricate arrangement of straight lines and right angles. The guest room’s Roy Lichtenstein artwork, a painting on zinc that Istomin purchased from Christie’s, is a series of triangles and semicircles that informed his design for the rest of the space. “The stools are covered in tapestry fabric from Clarence House,” says Istomin, who chose the print because it echoes the imagery of the Lichtenstein painting. Large rectangular sconces designed by Hervé Van der Straeten adorn the powder room walls, and modernist bucket chairs from Ralph Pucci offset a custom Lucite-and-wood rectangular desk in the office area.

At first glance, Istomin’s design for this Moscow apartment looks unlike any other interior he has imagined. But after closer examination, the decorator’s penchant for history and exquisite layers is as apparent as ever. “I’m very much interested in the history of interior design, from the 18th century to now,” Istomin says. “I participate in a lot of auctions and I love antiques and vintage pieces. But whether it’s color combinations or texture or form, if a room is not beautiful, it doesn’t matter how much history an object has. When you pass a room, there should be something to remember. Not many people like the word ‘pretty,’ but there’s nothing wrong with being pretty.”    Kirill Istomin, 917 453 5233, kirillistomin.com 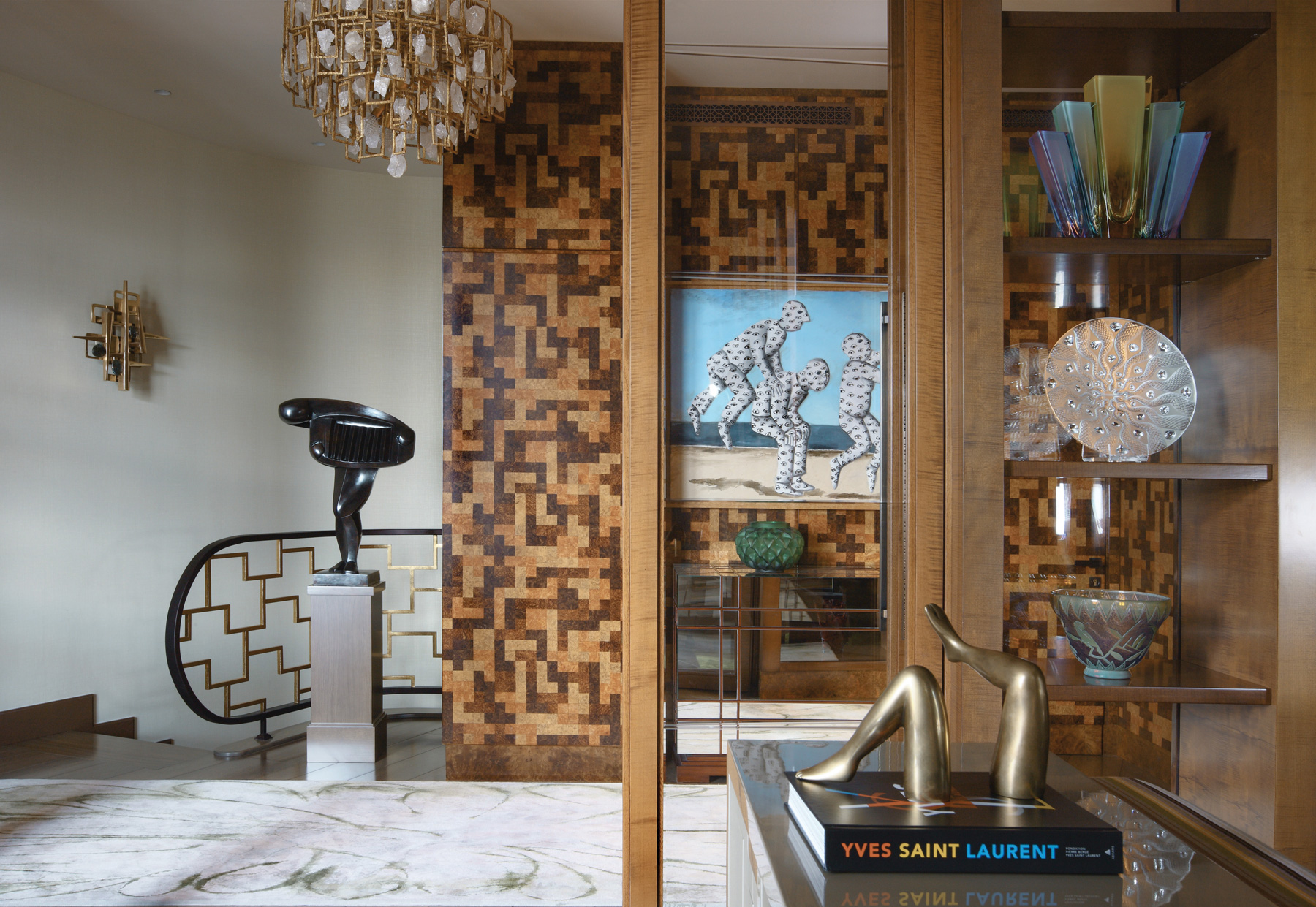 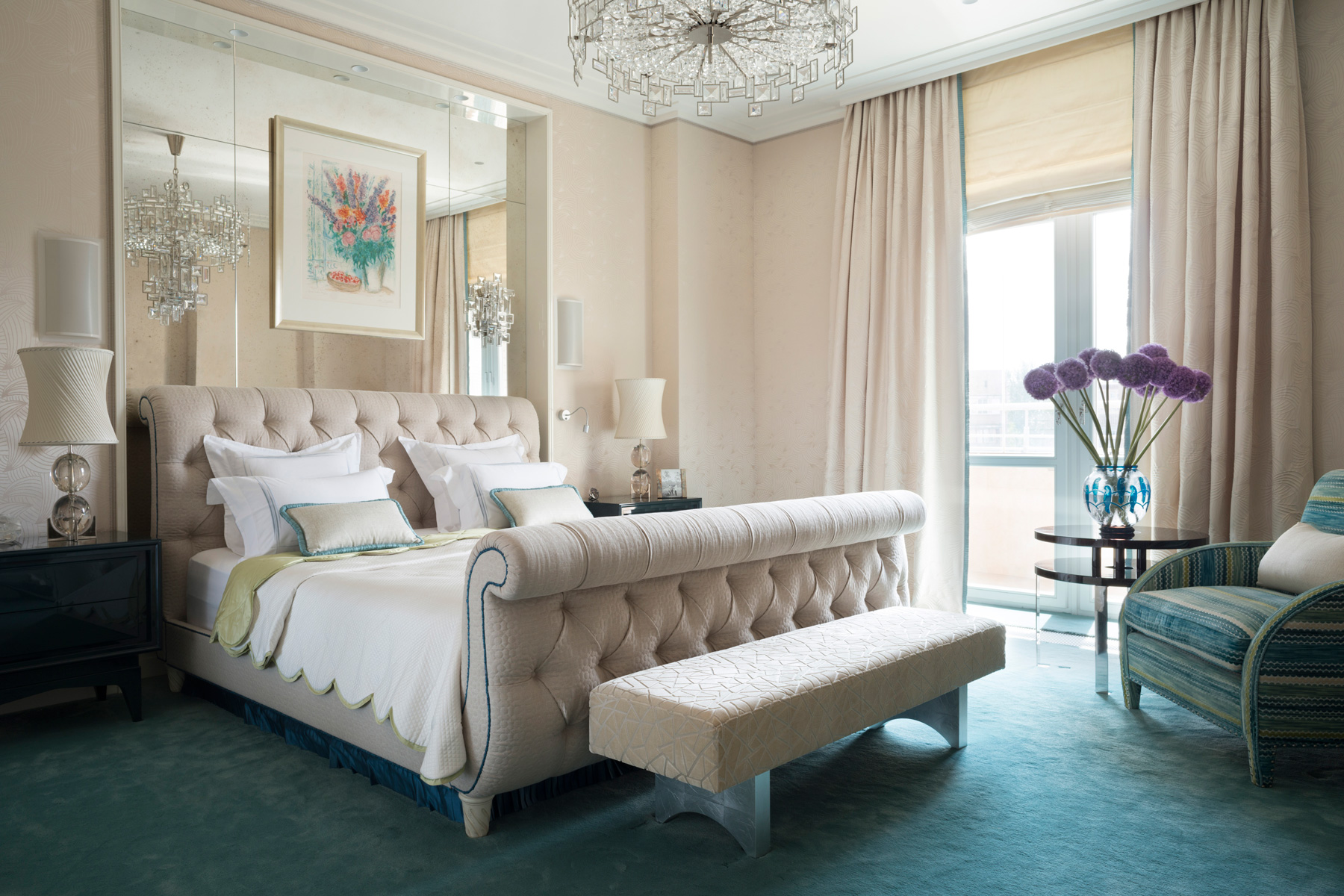