A Colorful, Moroccan-Inspired Home in Mexico 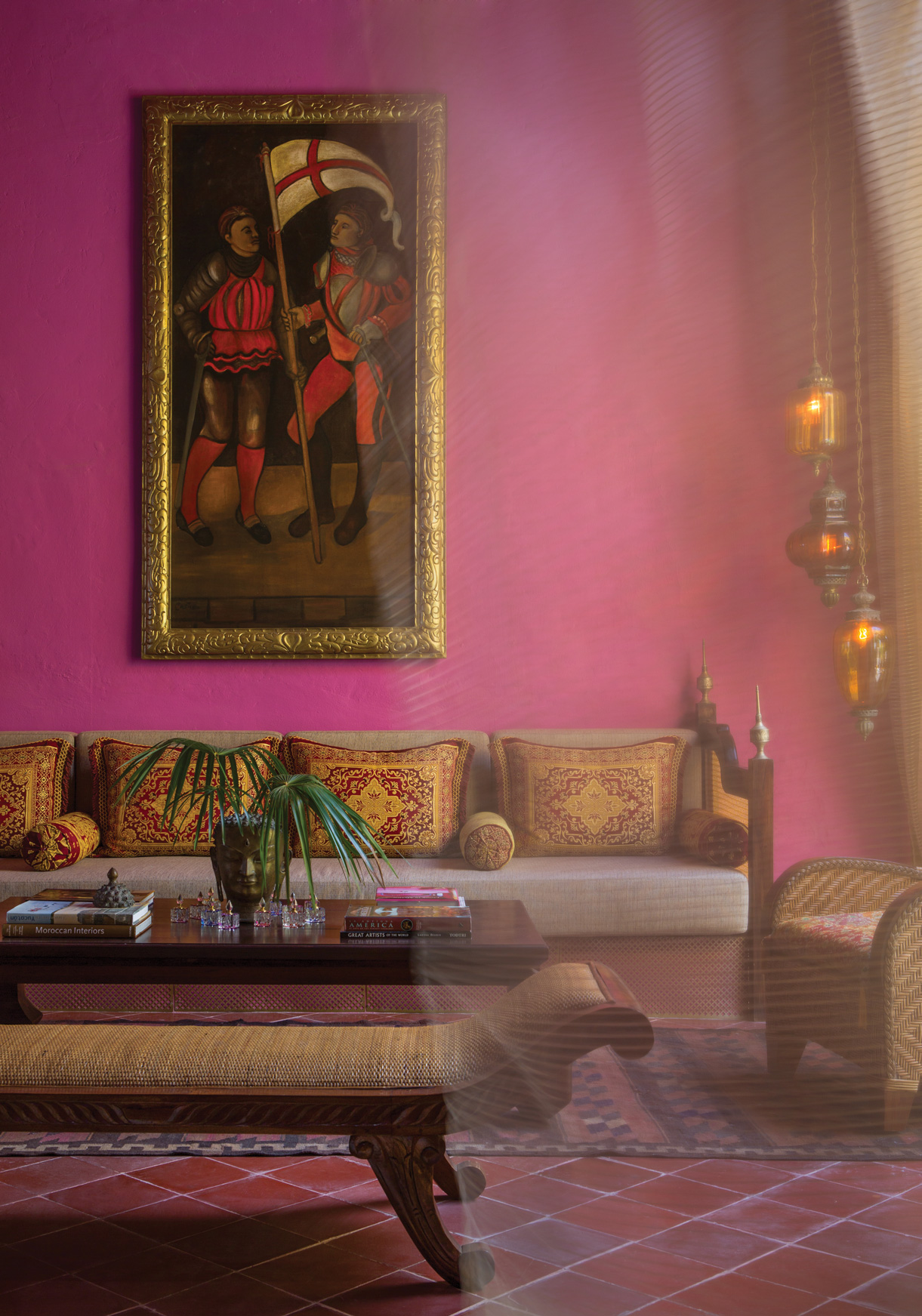 The home that designer Daniel Torres re-created in Merida, Yucatan, Mexico, is a reflection of the brilliant city that surrounds it. It’s a collection of open-plan rooms, where vibrant shades of pink and purple envelop walls and Moorish-style arches and Corinthian-style columns frame room openings. There are traditional Mexican tiles—with artful patterns and earth tones—on some of the floors and the walls, and Moroccan lanterns that suspend from the ceiling and cast a warm glow that draws you in. “Merida has an interesting vibe,” Torres says. “It’s one of the most colonial cities in Mexico. There are Moorish, Spanish and Mayan design styles, and a lot of influence from Lebanese migrants who came to the city in the 19th century. You also see French and Italian styles. These aesthetics are mixed together, creating an international experience.”

The vibrancy that marks Merida, the capital and the largest city of the Yucatan, is a quality that’s not unfamiliar to Torres. The Los Angeles–based designer worked at Rios Clementi Hale Studios—known for their transformative designs and bold use of color—before establishing his own design firm. And when he first laid eyes on Merida, he immediately felt at home. “I travel a lot and so does my client,” says Torres, who is originally from South America. “He asked for a worldly feel and that’s something that I love.” Torres’s client requested a few other things, too. “He’s a businessman who loves to entertain,” Torres says. “He wanted plenty of lounge areas and for the rooms to be open to one another. He also asked that I use pink, which is one of Mexico’s favorite colors. I love color and he knew that. He wanted as much of it as possible.”

The client gave Torres a practically blank canvas to work with. “The home is in a historical center of the city called Santiago,” Torres says. “It’s a great area but the building was in complete disrepair.” The designer gutted the residence, maintaining only the shell and a single Moorish archway. The newly purple front facade is punctuated with fanciful trim that Torres painted yellow-ochre. On the interior, he painted the walls of the entry purple, too, but covered the living room walls with a shocking pink; for the kitchen and dining area, he customized a raspberry hue. “It’s a combination of the pink and the purple in the other rooms,” Torres says. “Because the spaces are open to each other, I had to create harmony between the colors. The key was not to overwhelm the eye with colors that were too different.” Torres painted the walls of the master bedroom and the courtyard—which is situated toward the center of the house—sunshine yellow. “I chose yellow because it’s an outdoor space,” says Torres, who organized the layout so the rooms borrow sunlight from the central courtyard. He added skylights in the entry, the kitchen and the master bedroom to harness more natural light for the house. 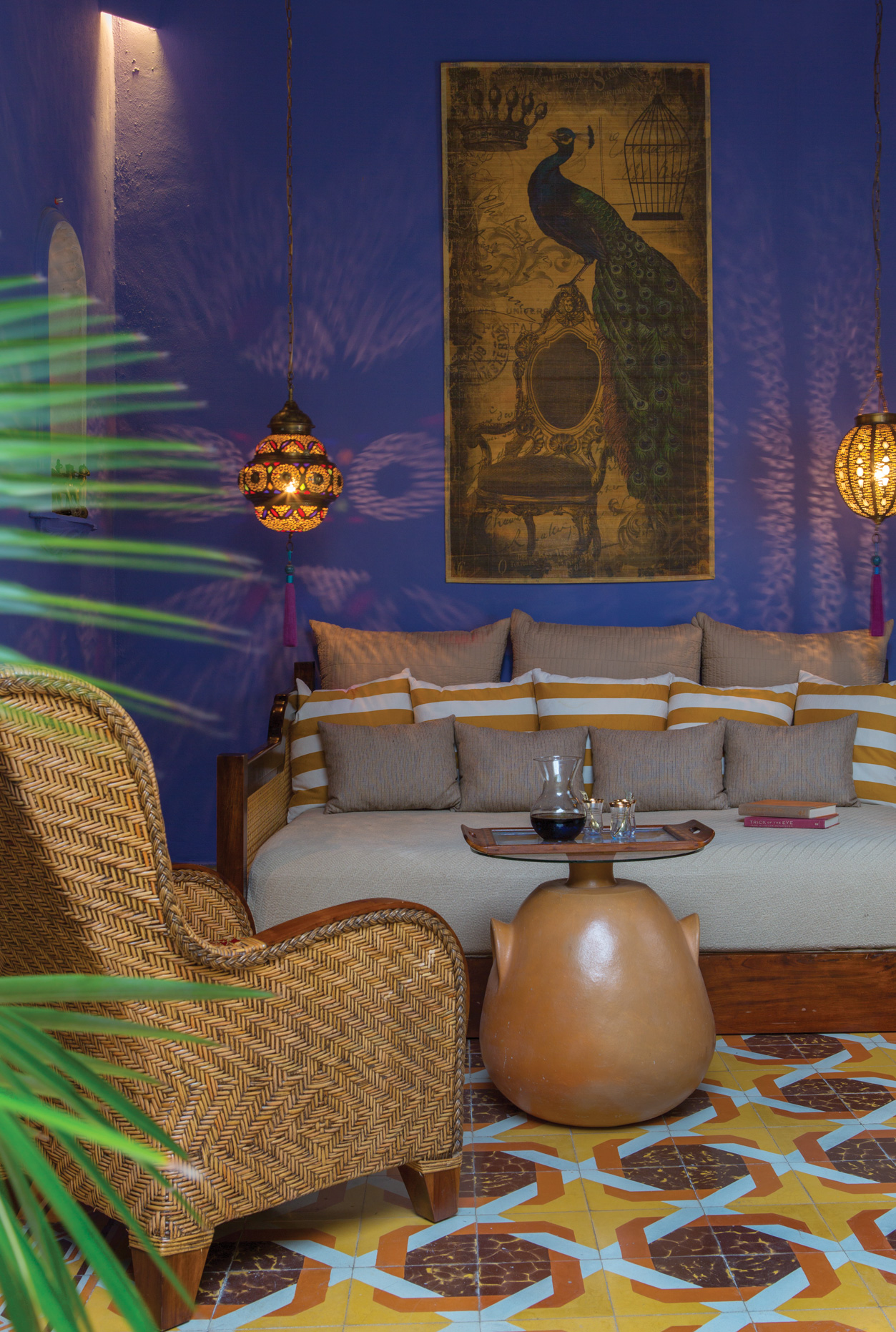 The furniture Torres arranged for the rooms is mostly custom pieces made of wood with caning or rattan. “The furniture grounds the color on the walls,” Torres says. In the living room, a Moroccan-style sofa with a wood frame and caning on the sides displays seat and back cushions wrapped in an oatmeal-colored Great Plains fabric from Holly Hunt. Torres chose a gold and red patterned fabric by Mosaik for the bolsters and throw pillows. Antique rattan lounge chairs and a bench from India and a circa 1960s kilim rug from Afghanistan, found at Mansour Modern, add rich texture to the space.

Torres customized a wood daybed with caning for the opium room, a space that doubles as a lounge area and a guest room, with bluish purple walls and Mexican tile flooring. The daybed cushions and throw pillows are covered with fabrics from Scalamandré and Summit. And in the master bedroom, Torres dressed the bed—set on a concrete platform—with Pratesi linens and a coverlid made from vintage fabric with a whimsical floral print. “The black and white tile floor in the master bedroom is antique and original to the house,” Torres says. “And so are the blue-painted doors. They’re solid wood and weigh almost 200 pounds.” The deep purple kitchen also features Mexican tile—this time, on the backsplash. It’s a counterpoint to the understated polished concrete counters.

Torres commissioned Jorge Sosa and Ibis Perez, from Handyman Designs in Merida, as the builders for the project. Perhaps their most challenging effort was rebuilding the rear yard. “The previous owner used the yard for storage,” Torres says. “We basically started over completely, clearing everything out and even ripping up the floor.” The designer transformed the dilapidated area into a courtyard with a pool bordered by palms on three sides and connected to a stone deck for sunbathing on the fourth side. “The owner is a swimmer and wanted the biggest pool that we could fit,” Torres says.

Since it’s tied to a room Torres calls the cabana, the pool courtyard feels like an extension of the house. And the house, with its dynamic palette and diverse design style, feels like an extension of Merida. “The house had only one Moorish-style arch between the living room and the central courtyard,” Torres says. “I based the entire design plan on that arch. But then when we started digging and clearing things out, we found another arch buried on the site.” That discovery inspired the designer to customize new arches to match the historic ones and use them throughout the home. “If you’ve been to Europe, South America and a tropical island, then Merida feels like all of those things put together,” Torres says. “That mix of influences is what makes it so amazing. Travel is important. It gives a broader worldview and that’s something that’s invaluable—especially these days.” Daniel Torres Design, danieltorresdesign.com 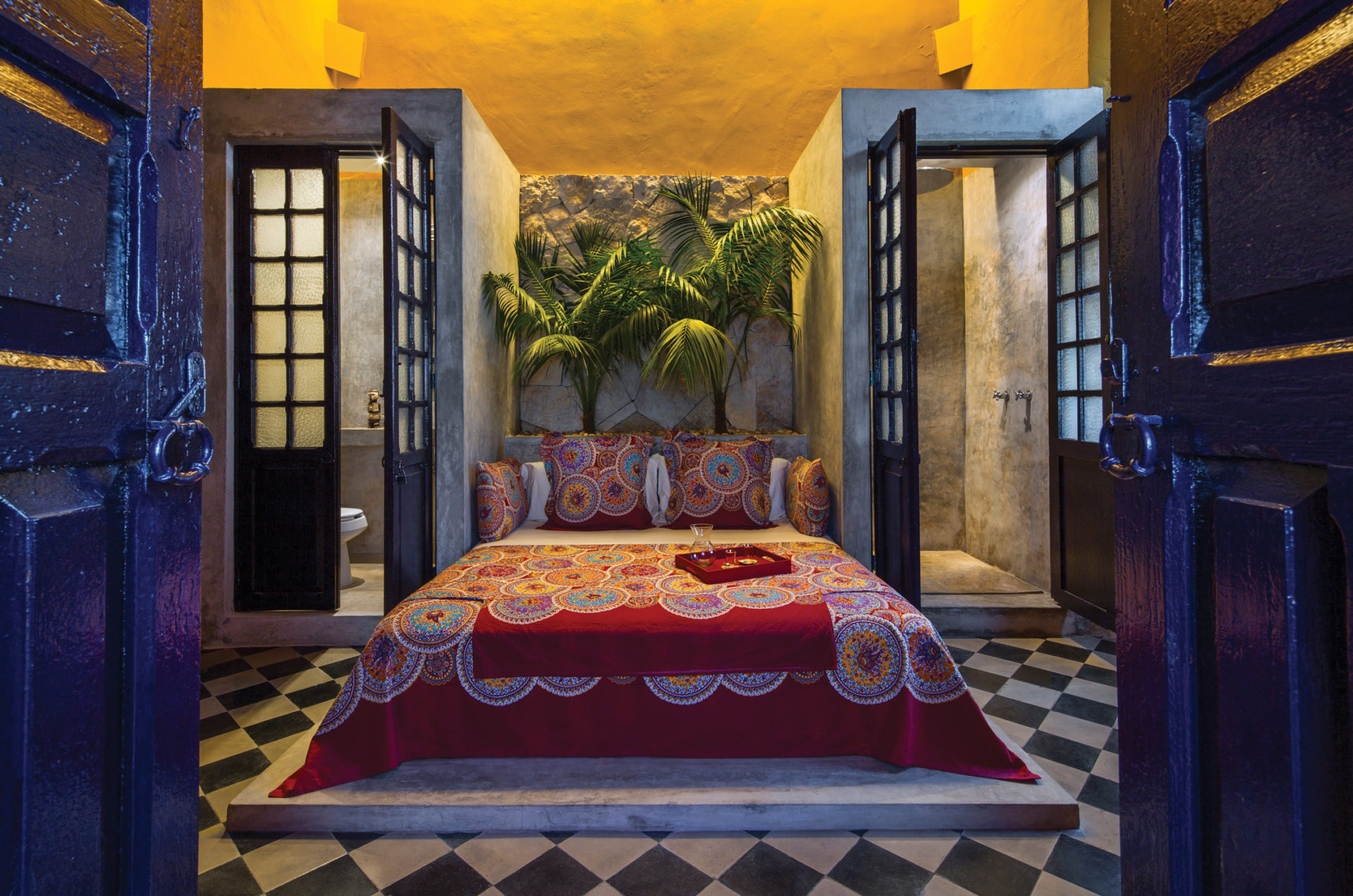